The Peachtree Creek Trunk is a 90” arched cast-in-place concrete sewer pipeline constructed in the 1930‘s on the northwest side of the City of Atlanta.  This section of town was largely undeveloped at that time.  Today that same pipe alignment is surrounded by a thriving residential area.  The sewer recently showed signs of failures and need for rehabilitation. With the area being densely populated, a trenchless lining solution was needed to fully restore nearly 2 miles of the sewer.

In September 2009, the City of Atlanta had a major 500-year flood event that exposed structural failures with the Peachtree Creek Trunk. The sewer had begun to show its age with cracks, failures and concrete degradation. The City commissioned Atlanta based contractor,  Ruby-Collins Inc.,  repair the sections of pipe that were of most concern immediately following the flood event. Plans for a fully structural rehabilitation were then started to address the long term needs of the entire pipeline. Designing a fully structural solution proved challenging, as there are multiple bends along the pipeline. The section to be renewed also spanned for just under 2 miles. 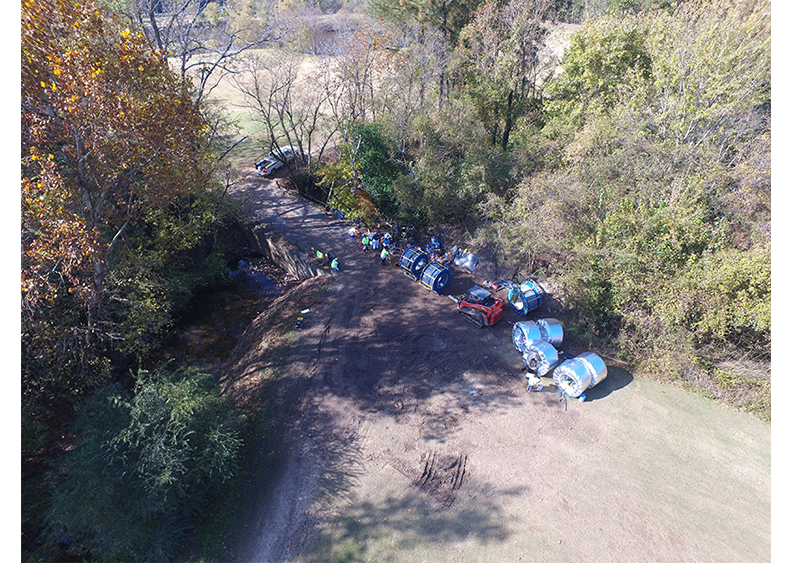 In addition to design challenges, the pipeline runs under a very busy suburban area, city parks, golf courses and Interstate 75. Digging up these communities would cost the City a fortune and create prolonged disturbances. With these considerations, the City determined that Spiral Wound Liners were the best trenchless pipe lining option to fully restore the old sewer.

The Spiral Wound method to be used was SPR™; the fully structural PVC liner for large diameter pipe rehabilitation.

“The SEKISUI SPR Lining Technology was the perfect fit for the specific needs of this project. The technology was able to accommodate variable flow conditions and continuous rehabilitation through numerous curves in the pipe alignment with ease.”

The SPR™ design called for installation of an 82″ PVC liner inside the 90″ arch sewer. The annular space was to be filled with lightweight grout to serve as load-transfer for the PVC liner. Installation began in the Fall of 2018, where Ruby-Collins set out to rehabilitate over 10,500 linear feet of sewer.

The steel-reinforced PVC liner was constructed using the SPR™ winding machine. A continuous strip of PVC profile was fed from an above ground spool directly to the machine inside the sewer. The strip would then lock and form the liner; a process entirely without the use of chemicals. By only using existing manholes, Ruby-Collins was able to keep the construction footprint as minimal as possible.

The combination of innovative technology and efficient installers resulted in early project completion. The Peachtree Creek Trunk Stabilization project began in October 2018. The rehabilitation of more than 10,500 lf of 90-in. arched sewer finished just 10 months later in August 2019; roughly four months ahead of schedule. 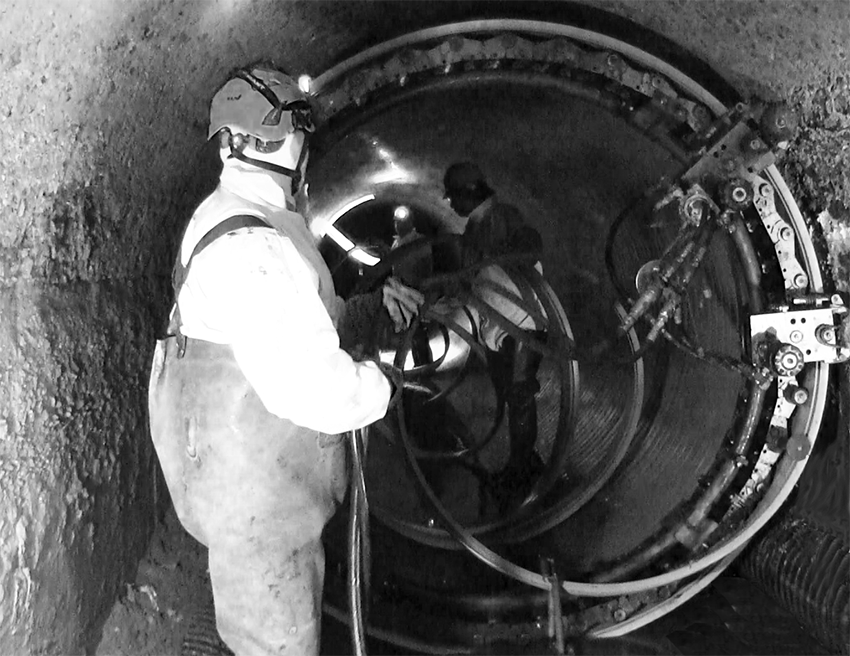 “The Peachtree Creek Trunk Stabilization project is a priority sewer infrastructure project for the City to ensure the long-term structural integrity of a major trunk sewer asset that serves one the City’s largest sewer basins. And a key factor to the success of the project has been the City’s selection of a resilient and sustainable product to rehabilitate the large diameter sewer, as well as enlisting a very skilled and experienced contractor to execute the work.” 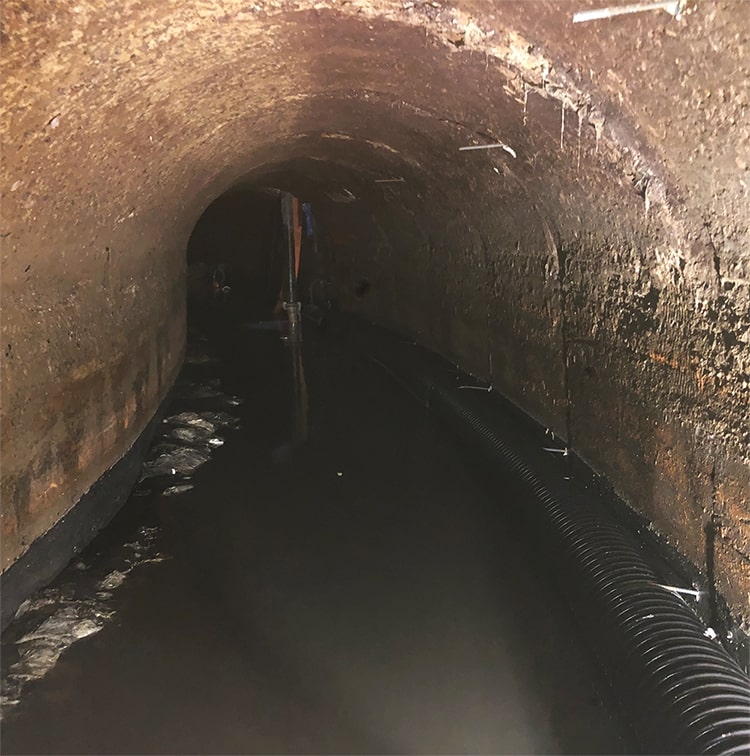 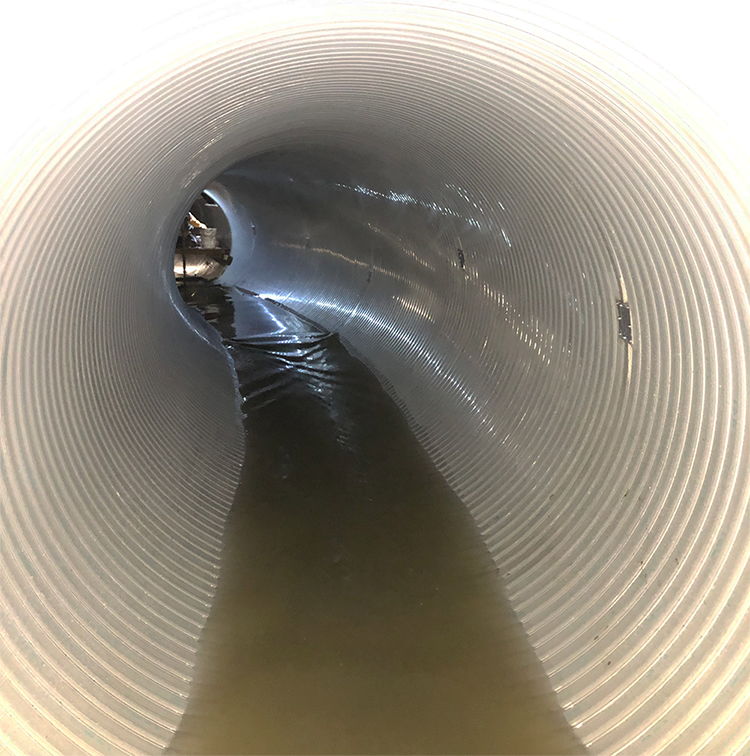 About Our Spiral Wound Installer

Pipe Rehabilitation Project in the Southeast?